I just had a very interesting conversation about social media and thought I'd share it...

A colleague asked me why I had seemingly "disappeared" from social media recently, and I told him I had decided to largely take the month of August off from online promotions. I had pretty much reached saturation with the whole process during the spring and early summer, and I felt like if I needed a break, you folks on the receiving end could surely use one as well. In fact, I enjoyed it so much, I seem to have taken much of September off as well. I highly recommend it.

I explained that this summer was also an extremely busy time of gigging, traveling, personal life changes, etc. My colleague (who is, not surprisingly, a social media manager) said I was missing the whole point: "Your fans want to share in all of that; you should be constantly engaging them and posting every day" blah blah blah.

I vehemently disagreed, explaining that while I'm well aware of the whole social media constant-pipeline conventional wisdom, my respect for those "fans" takes precedence. If I bombarded you constantly with every little daily development, why would I expect you to react in any meaningful way when I present something of true substance; a creative endeavor like new music, new videos, tour dates, etc.?

Our "post-album world" notwithstanding, I still believe the reason the album format itself worked so well for so long is that music is a cyclical thing with an inherent shelf-life, where you make a bunch of it and work your ass off for about a year or so, then take some time away to recharge, recalibrate, allow yourself to grow and be influenced by new things and life itself, then plot your next move and do something NEW.

And I believe you folks on the receiving end need that cycle, too. The “album” as a finite, periodic thing, was our culture’s working agreement between the producer and the consumer. I just don’t think we humans are hard-wired to be constantly producing or consuming ANYTHING.

Maybe it’s those marketing courses I had in college, where I learned the concept of “scarcity”, but I think it’s time to draw a line in the sand…instead of letting your life be ruled by FOMO (“fear of missing out”), join me in a new approach with a little less desperation and a little more self-respect: HYMM (“hope ya missed me”).

It would be unrealistic and disingenuous for me to write a song like “Selfie” decrying what social media is doing to the self-esteem of adolescent girls and then do a similar disservice to those of you who appreciate music by bombarding you with constant empty missives several times a day, just because "ya gotta be on there."

It may run counter to our whole 24/7 LOOK AT MEEEEEEEEE music business model, but I’ve finally learned that the whole trick to balancing social media is to inform, but only up to the point of the dreaded “eye-roll.” So yeah, I’ll still go on there and harass the hell out of you when there’s new music or something to harass you about. But I refuse to go on there ten times a frigging day posting a picture of the half-eaten sandwich from this afternoon’s studio session or whatever just because “I gotta be on there.”

Look for something meaningful perhaps once a week or so. As for my colleague’s admonition that “you’ll lose them” – I’d prefer to think there’s a little more to all of you than that, so I’ll take my chances.

If you love something, don’t post stuff constantly. If people give a shit, they’ll come back… 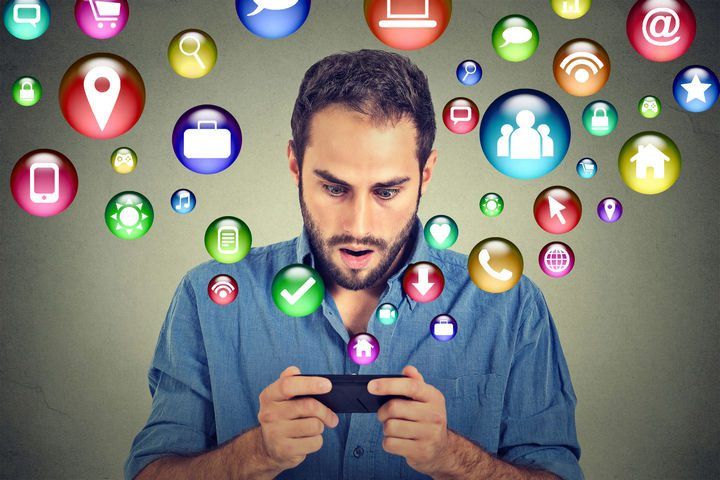