The kid had to be about thirteen or fourteen.  He came sauntering in and took his seat. It was clear he didn't want to be there. Or anywhere, really.  He had the whole pre-teen recalcitrant, anti-social  "this sucks" body language down, a black T-shirt, the droopy jeans with a little wallet chain, and the not-very-long hair that would have been longer if his parents allowed him to have long hair.

I "got" this kid right away. I saw myself at that same age, in that bewildering no-man's land of not yet a grown-up but no longer a happy child; brooding, frustrated, impatient; waging a private little war against ...well, pretty much everything and everyone.  The one thing that would save me was a world of music to retreat into.  "Fuck 'em all!"

Everything about this kid screamed "budding rock musician."  I surmised that he had been dragged there by his older brother, the older brother's girlfriend, and some of their friends.  They were clearly really into the music, and it looked like they were goading him into acknowledging me, but he was having none of it.  It became a personal challenge.  He'd be watching me play and sing and I'd look at him and he'd quickly look away, feigning indifference, but overplaying the hand.

But I wasn't gonna let him off the hook.  I played to that kid the whole night, then went over to his group and said hello.  "Pretty cool stuff, huh?" somebody said to him, and the kid looked up from his well- honed art of shoe-gazing and said "yeah" and took my outstretched hand.  I remembered how self-conscious I was at that age, so I didn't push it with the whole "So, do you play and sing, too?" thing.  I just said, "Thanks."

Then I smiled as I went up to the bar to grab a drink, having just seen a ghost of myself as a punk-ass kid who had more than a lot of kids in this world back then, and wondering what in HELL I had ever been so mad about. 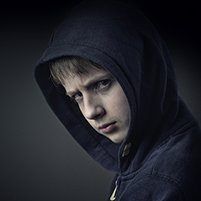