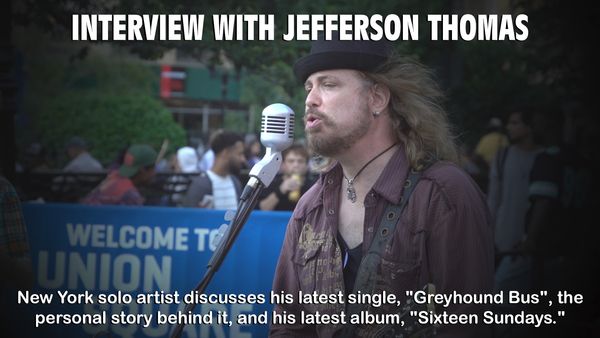 "Greyhound Bus" is a poignant and true-to-life song, along with the music video for it that you directed.  What personal experiences did you use to help craft the song?

JT:  It’s actually a song I’ve had around for a long time, written about the kids next door that I grew up with.  Our two families spent a lot of time together, and they were a close bunch until their mother died suddenly of cancer right around the time we were all twelve or thirteen. They held it together for a little while, but in short order the whole family just came completely apart.  I don’t want to get into the personal details of what happened to them, but – they started working the streets and fell in with the wrong crowd.  My buddy - the only boy in the family - ended up in jail, and the girls…one of them was my first kiss (hey, I was like eight or nine!) and she got killed on the back of some guy’s motorcycle.

All my childhood friends – it seems we never had much of an adolescence. All this stuff just suddenly happened and we just woke up one day in adulthood, and were wholly unprepared for it.  And now I think I realize it’s probably that way for anybody who ever felt like they grew up too fast.  Which is probably everyone. Especially today.  I couldn’t imagine growing up now. You don’t get a chance to navigate the safe sidewalks of childhood onto the streets of adolescence, onto the onramp to the freeway of adulthood.  You’re just presented with everything at once.  No wonder so many kids are freaked out.

Your love of music began with the guitar, playing professionally, along with being a lead vocalist in a nine-piece horn band.  How did all of these collective experiences shape you into the solo musician you are today?

JT:  I was always learning something and then moving on to the next thing, even when I was a kid just starting out.  And I’m glad about that, because to make a living in this business you have to wear a lot of hats and constantly evolve.  As your world changes, you have to adapt and change along with it.  I was just the singer in the horn band in college; no guitar to hide behind, so I learned a lot from that.  I used to have a six-piece band, now most of my band dates are with just three.  I changed the way I make music.  I didn’t realize it while it was happening, but I ended up economizing my guitar playing quite a bit, and I love the smaller setting now.

So there’s always a little musical evolution for me, whether I like it or not.  I think that’s the way it should be.  You should be embracing change, and doing something new or different every year.  That’s growth; that’s progress.  I know a lot of musicians who are doing the exact same thing they were doing five years ago.  I don’t ever want that to happen.  How can I expect to get you off if I’m boring myself?!

Your music has a mix of fingerstyle-guitar, alt-pop, and indie rock.  Which genre do you always find yourself returning to the most?

JT:  I can’t tell anymore!  It’s all congealed into one big blob. I’ve done a lot of solo dates over the last few years.  I didn’t want things to sound puny without a band, so I started doing a lot more finger-style with bass lines, and playing with a more percussive style to get more rhythm in there.  And that approach gets even more interesting when you get away from “roots” music and apply it to stuff that’s more pop and rock oriented.  I love that challenge.

I enjoy the solo setting, but I also find it a real relief to have the band behind me.  It obviously adds some musical heft, and it’s like showing up to a fight with your friends to back you up.  But I’ve learned that there are advantages to both configurations, so a full-band show still has a solo segment tucked in the middle of it, like a halftime show.  Gives the guys a chance to grab a beer.  And to get me one.

Your latest album, Sixteen Sundays, is out now.  What was the writing and recording process like for it?

JT:  I’m excited about this one because I worked on it really fast.  I was intentionally rushing everything to avoid thinking too much.  There was a lot of analysis and strategy on the last two albums, and when you do that you start second-guessing all your instincts and your gut decisions, and your music starts to sound careful.  This one doesn’t sound careful to me, it sounds seat-of-the-pants.  We started recording most of the songs before I was even done writing them.  The opening and the end of “The Switch” is actually me on my phone, getting the basic idea down in a rental car in Houston just after a radio station visit.  I just dropped it into the final recording a few months later, and that’s what you hear.

I also wanted to continue my personal quest of the forced-marriage between both sides of the tracks of “roots” music.  You know, we use that phrase and most people think country and folk and blues, but how is soul and R&B and funk not “roots” music, too?  That dichotomy is certainly more pronounced in the live shows.  Sometimes I feel like I’m a country guitar player in a funk band, singing pop songs.  And that precarious balance, if you can get it right, can be really exciting.  I hope that’s what the album does for people.

You're very good at storytelling through your music and words.  When did you realize you had a knack for a good story?

JT:  I’m not sure I do!  I’ll take your word for it.  You never get to hear 95% of the stuff I come up with that goes straight to the trash.

For one thing, I have never been a fan of fiction.  Everything that ever interested me – TV, books, movies, whatever – has always been non-fiction.  The real world offers so many incredible stories that I just don’t find myself particularly drawn to Harry Potter or any of that stuff.  If I’m a storyteller, I’m reporting on stories I see, not coming up with my own.  So maybe I’m more of an interpreter.  Whether I’m at home or on the road, I take a walk in whatever neighborhood I’m in every day, and there are always more stories unfolding before my eyes than I could come up with myself in a lifetime.

With all that is going on in the world right now, how are you creatively coping?

JT:  You know what?  I’m not.  I have to admit I’m not coping with it very well at all.  I’ve had an entire spring European tour postponed, and some personal and financial matters have taken a pretty big hit, but I’m in relatively good shape.  Compared to a lot of other people, I consider myself fortunate.

The only thing that’s keeping me sane at the moment is cataloging my dad’s massive vintage vinyl collection, about 3500 pieces in all, including albums, 45’s, and even some 78’s and acetates.  Decades of everything from opera and chamber music to jug bands and ragtime and everything in between.  I have been gradually cataloging it all in a huge Excel file, which I thought would take at least a year, but with all this newfound “spare” time, the whole collection will be done by June.  Just in time for all the rescheduled tour dates, right?

Who was your first concert, and who has been your favorite so far?

JT:  I have two of the un-coolest answers ever for you.  My dad used to take me all over the place to all kinds of different shows with him at a very early age, so we can’t be sure which was my first, but the first I remember was Toots Thielemans, the Belgian jazz harmonica player.  I was about four, but I still remember meeting Toots backstage and having no idea who he was.

My favorite concert is even weirder…I once went back home to visit my folks and they said "Hey, we gotta go see Leon Redbone...he's doing an outdoor show." There was a nice little crowd, maybe a thousand, on a beautiful late summer day, until the skies opened up and (almost) everyone ran for cover.  Leon, on a tiny arch-top acoustic guitar and his "band" (a trumpet player and a clarinet player) were on a covered stage and continued playing, while my folks and I and about a dozen other hardcore sociopaths stood there getting drenched, happily and fearlessly soaking in (literally) Leon's ersatz brand of post-neo-vaudeville-ragtime.  It was like our own little Woodstock.  It is truly one of my top ten memories of all time.

What was your first album on cassette, CD, and/or vinyl?

JT:  While in college I interned in the music school’s recording studio and practically lived there while recording my first stuff.  And of course it was horrible, and probably horribly recorded, too.  I was nineteen when I put out my first CD.  It's probably still out there somewhere, which makes me feel queasy.  I don't think I even still own a copy.

Which five albums and/or artists would you not want to live without?

JT:  I get this a lot and can’t possibly answer it, but I’ll try.  In no particular order:

Do you have a guilty music and/or entertainment pleasure?

JT:  I am a closet pop whore.  I mean real disposable, current stuff.   Pop songwriting these days isn’t all that bad, it’s the production that has died.  It’s OK to record a song with a laptop, but some of this stuff sounds like it was made on a frigging Playstation.  These “producers” ain’t even tryin’!  But a lot of the songs themselves are still good, and once you learn how to hear through auto-tune, a lot of these folks can really sing.   I was all over “Call Me Maybe” a few years ago the minute it came out, before everyone else was.  “Pumped Up Kicks” is the best chorus ever!  I’m already working up a customized cover of Lizzo’s “Good As Hell.”  When that idiot pulls up next to you at the red light with the windows down and WKTU or Z-100 (NYC pop stations) blaring, be kind – it could be me.

What are you currently listening to, reading and/or watching?

JT:  I just accidentally stumbled upon all that seminal Isaac Hayes stuff from the early 70’s.  I mean, I always knew who Isaac Hayes was, but never really did a deep-dive.  I just got his double-live album from 1973, “Live at the Sahara Tahoe” and I’m just blasting it day and night.

JT:  “Death Of The Grownup” by Diana West.  I finished it during last year’s European tour, and it was simply the greatest book I’ve ever read, so I’m having a second helping.

JT:  Anything that is not mainstream media.  Especially right now. 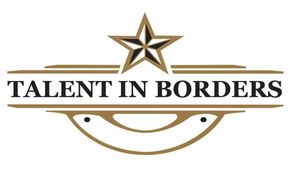